In today’s world where it is made compulsory to follow a set of rules , either in home , school , wherever you are , there live a group of children  who doesn’t want or like to follow those ( defaulters or rule breakers as they say ) it doesn’t mean they are breakers , they are creators who want to make their own set of rules . This classic written in 1965 is about one such child who is unique . 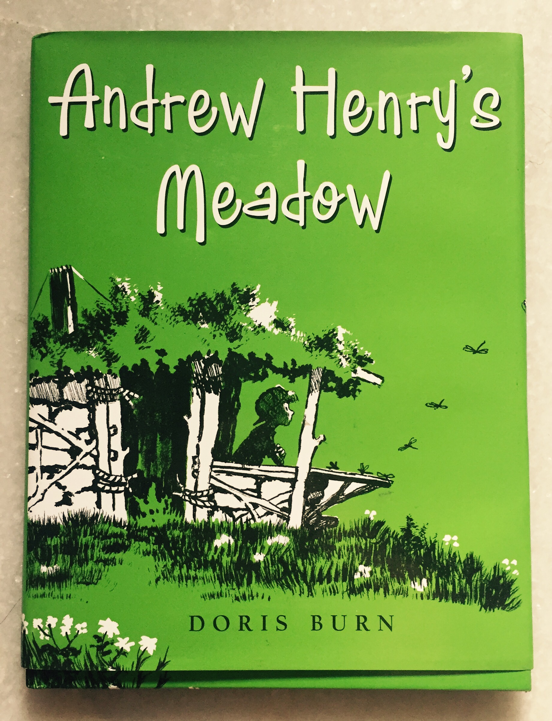 Andrew Henry thatcher lives with his parents and siblings in stubbsville , being the middle child he had two older sisters and two younger brothers .

His mom is always busy in the kitchen and his father with work , two older sisters are busy with new dress up or hair style and two younger brothers with toys and colouring books , he was always left with himself , but he never mind , because he had plenty of things to do .

Andrew like to build things , from an helicopter in the kitchen  to an eagle nest in living room , but his parents doesn’t like , so he has to remove them , when he builds a merry go round and hitches with his sisters sewing machine they shout on him to remove it right away , when he builds system of pulleys in his room which he shares with his brothers , they cry that ” you are always spoiling our fun Andrew ” .

So one fine spring morning Andrew makes up his mind to build a house of his own and leaves the house with his tools . Faraway in the meadow Andrew builds up his house, not only for himself , also for eight more children .

The reason why all the other children left their home , how they get reunited with their parents and whether their uniqueness is accepted and appreciated is the rest of the story .

Every child is unique , they have their own qualities which may be different from other children . It has to be understood and should be appreciated especially by the parents . Fantastic Illustrations which are done with pen and ink ,add more value to the story . We liked the way Andrew’s character has been portrayed , very courageous and a never give up attitude , he follows what his heart says irrespective of whether it makes others happy or not . The entire story reminds us the famous quote ” why fit in when you were born to stand out ”